I’m officially breaking my 6+ month hiatus from this blog in order to talk about my current obsession: Anne Lister (April 3, 1791-September 22, 1840). Anne, the female landowner. Anne, the prolific diarist. Anne, the raging lesbian that I, personally, had never heard of until I began watching Sally Wainwright’s BBC show Gentleman Jack.

I began reading the companion project Gentleman Jack: The Real Anne Lister while halfway through watching the series. In retrospect, I should have savored the book instead of flying through it with abandon. Anne Choma decrypts Anne’s convoluted diary language and gives deeper context to scenes depicted on the big screen.

I admire Anne Lister for her business acumen, her devoted attention to detail, and her unabashed love for women. Upon learning more about Anne, however, I’ve realized that her predatory courting of Ann Walker casts a shadow on her otherwise remarkable character. Was Anne a decent person? It’s a simple question with a complicated answer.

How one views Anne Lister as a person depends largely on his or her definition of “decent.” Let’s break down the word, shall we?

According to Merriam-Webster, the word “decent” can be defined thusly:

2: conforming to standards of propriety, good taste, or morality

3: free from immodesty or obscenity

Conduct books were available at this time and offered encyclopedic knowledge of all practical matters relating to religion, marriage, social behavior, and moral integrity. People were expected to behave in an acceptable manner as posited by conduct writers such as Harriet Martineau (June 12, 1802-June 27, 1876) and Thomas Gisborne (October 31, 1758-March 24, 1846). These guides encouraged readers to live as true Christians and embody the cardinal virtues of prudence, justice, temperance, and fortitude.

Anne’s relationship with God was quite different than one may expect. Her identity as a lesbian (though this terminology was not used in her lifetime) did not conflict with her Anglican faith and interpretation of religious texts. She believed in the traditional marriage performed at the altar before God, despite the heteronormative coupling described throughout the bible. For example, in Genesis 2:24: “Therefore a man leaves his father and his mother and cleaves to his wife, and they become one flesh.” Anne Choma writes: “While she knew she could not legally marry in church and exchange rings, she believed she should still be able to stand before God, in front of a clergyman, take the sacrament with her intended wife, and thus solemnize their union.” 1

Anne’s devotion to religious tradition might have been admirable to her peers, though her liberal interpretation of the Bible would likely have unnerved the masses. In one sense, Anne was chock-full of moral integrity. In her own mind, at least, she was. Because for her the marital bond was not defined by the gender of each partner. For Anne, marriage was simply a union between two people with a mutual desire for companionship. But financial security and social status also drove Anne’s quest for marriage. I’ll get to this and Ann Walker later on.

The principles of social ethics as defined in etiquette books stated that people had, not only the duty of being pleasant and agreeable but also the right not to be offended. The principles were embodied in the notion of tact–the moral foundation of etiquette…tact was a repressive quality. People possessing it suppressed their own impulses and interests so as to be inoffensive and amiable to others. This meant that they always behaved in a manner appropriate for the company and circumstances in which they found themselves.

Did Anne suppress her impulses to avoid being offensive? Not at all. And that’s what I love about her. In “The Life and Loves of Anne Lister,” Rebecca Woods writes:

Dressed, even in summer, in thick, black clothes and boots, the young woman’s boyish frame drew whispers and abuse.

“That’s a man!” one voice jeered, a taunt she had become used to.

The peculiarly dressed, haughty woman from the nearby manor house Shibden Hall stood out in the working-class Yorkshire town.3

According to Choma, in 1817 Anne decided to wear only black clothing: “Anne wore a worsted great coat, a plain black pelisse, and a sturdy pair of black-gaiter, leather boots.” Her clothing was largely the reason she was given the cruel nickname “Gentleman Jack.” Was Anne tactful? According to her society, perhaps she wasn’t. As a contemporary reader of her biography, her non-binary choice of dress is a swift punch to the groin of social acceptability.

Anne and Ann: Where Courtship and Manipulation Blend Together

Anne had eleven female sexual encounters, though the extent of the relationships varies. Anne Choma criticizes the widespread selective excerpts of Anne’s diaries, which all invariably cast her as the “rapacious lesbian” stereotype. Choma argues that “attempting to view her as a predatory stereotype diminishes her legacy and ignores the complexity of an identity that was formed at a time when there was no script for her to follow, no language to articulate what her place in the world might be.” 1 I agree with her, in part. Rakish men have been historically praised for their relentless quest for women while Anne has been denigrated years later by scholars handpicking the most sensationalist portions of her intimate writing, much of which was fantasy written in her special “crypt” language.

However, the relationship that strikes me, in particular, is that between Anne and the socially isolated heiress, Ann Walker. In this instance, the former was very much a predatory force in the courtship. I’ll return to Choma’s comment that Anne had no script to follow, nor any language to articulate her role. Anne was a landowner, like any man. Anne loved women like any man might. Why should she not pursue a woman with the intent of marriage as a man does? Along with the chief motivation to obtain financial backing for her coal mine. Anne broke the mold in many ways but was still obliged to mimic the sex she felt most akin to.

Anne and Ann first met when the latter was just a little girl. At the time, Anne thought her “a stupid, vulgar girl,” but her perception would change upon second acquaintance in July 1832. Pedigree had been the principal characteristic in Anne’s previous lovers, but with Anne money would do. Choma writes: “clearly, Anne’s intentions towards Ann Walker were strategically inclined. She was working within a framework set by her heterosexual peers: for the middle and upper-classes in the 19th-century, a ‘good match’ was a marriage that made financial sense, with love a secondary consideration.” 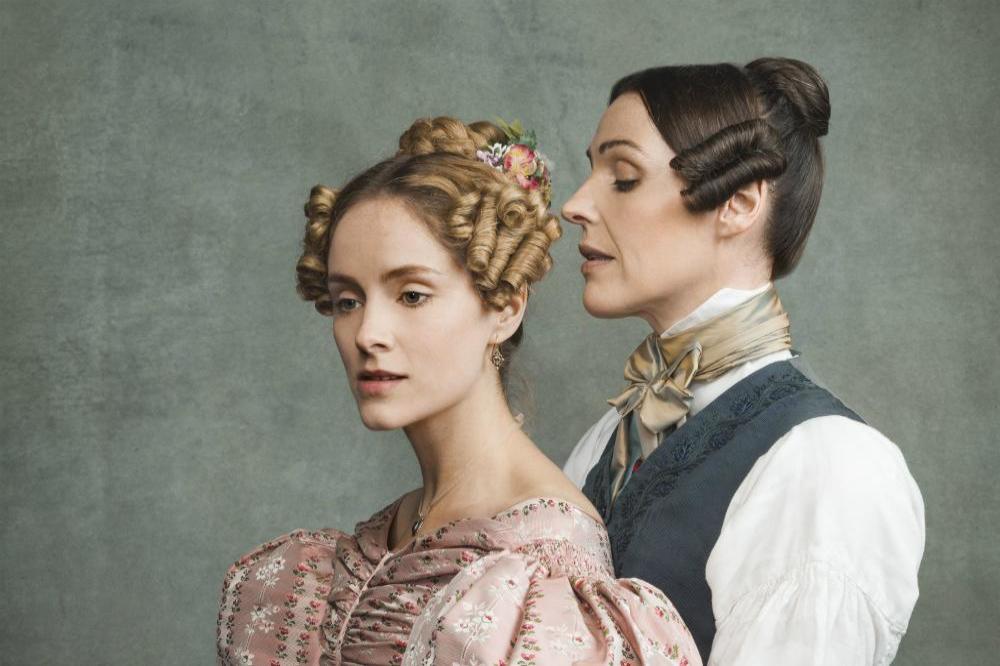 This is all fine and good, I suppose. But Anne’s revelation about Ann’s amiability came with the knowledge of Ann’s family history; that her father was a “madman” who “blackguarded his wife and daughters.” And according to Choma’s work and Sally Wainwright’s depiction, Anne was aware of Ann’s solitude and the fact that she was carefully monitored by the other local Walkers. Ann was undoubtedly a vulnerable figure being yanked between a life of loneliness in a vast estate and a life of loneliness wed to Sir Alexander Mackenzie, the man her brother-in-law’s mother hoped to marry her to (chiefly to pay off the debts he accrued while in the army). My feelings about Anne’s pursuit of Ann oppose at every point.

The language Anne uses in her diary when recounting intimate moments with Ann throws me off. I am fully aware that I am learning about Anne Lister in a contemporary context; therefore, my ideas of healthy relationships and consent will differ widely from Anne’s. Nonetheless, I want to point out an instance in which Anne takes advantage of Ann’s apparent inexperience in relationships. Choma includes an entry Anne wrote after staying at Ann’s late into the evening:

I prest [sic] her bosom. Then, finding no resistance and the lamp being out, let my hand wander lower down, gently getting to queer [vagina]. Still no resistance. So I whispered surely she could care for me a little? ‘Yes.’ Then gently whispered she would break my heart if she left me.

Anne essentially guilt trips Ann into proceeding in the intimate encounter but is immediately flushed with rage and bemusement when Ann rejects the intimacy and sends her home. Anne has these “fuck boy” moments that inconveniently distract me from her otherwise impressive qualities.

I think it is enough that Anne forged her own path in a time that gave her no tools to do so. In that regard, Anne deserves the recognition she has received in the past decades. But studying historical figures is often met with conflicting feelings as two disparate mindsets clash.  Perhaps others do not feel as hesitant as I do to view Anne Lister with little to no disapproval. Keep in mind that a person can be an icon without being perfect.

For more on Anne, I suggest listening to this episode of Bonnets at Dawn.